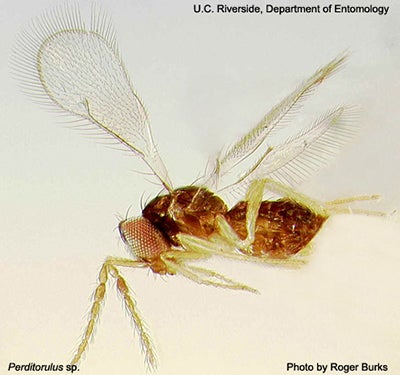 The Entomology Research Museum is supported in part by a non-profit public organization, the Friends of the Entomology Research Museum (a.k.a. FERM). FERM has, among other missions, the desire to improve the quality of the UCR collection by bringing in visiting curators, and to support field trips that yield substantial numbers of useful specimens for the collection. For both of these purposes, FERM has a system by which grants can be obtained. Nominally, these awards are available only to FERM members, but as membership is only $10, this is essentially a formality.

Money for Collecting Trip Awards is made available to members via applications submitted to the FERM awards committee, through Doug Yanega, and awards can be made up to $750 to help pay the costs incurred on an expedition (the purpose of which is to obtain specimens destined for the Museum's collection). The guidelines for a submission are simple: a dated letter giving the identity and affiliation of the person requesting the grant, the proposed itinerary of the trip and anticipated expenses, the expected results (in terms of material donated to the museum), and a statement - if applicable - indicating that all state/federal/international collecting and permitting regulations appropriate to the location and/or taxa involved will be complied with. In general, the more exotic or unusual the locality, and the broader the range of taxa collected (or, if it is targeted collecting, that the target taxa are among the museum's primary interest groups - see here, the more likely the proposal will be supported.

A similar process is used for Visiting Curator Awards, so those wishing to visit the Museum in order to identify and curate a portion of the collection may also obtain up to $750 to help cover their expenses. The submission guidelines are essentially identical: a dated letter giving the identity and affiliation of the person requesting the grant, the proposed itinerary of the visit and anticipated expenses, and the expected results (in terms of material curated within the museum). Priority is given to those curating larger numbers of specimens, and in taxa among the museum's primary interest groups.

Let us help you with your search